The Hummingbird Effect is a dramatic yuri webtoon by Yook Mi Leeds which was released earlier this year. Chae Eun and Yeji are in a secret romantic relationship while they live in a society where humans’ heartbeats are limited to a certain amount. 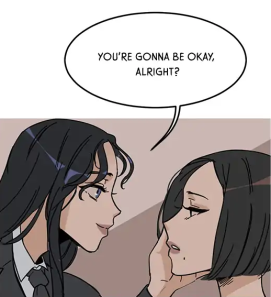 Despite it having only 3 available chapters so far, a lot happens in a single chapter. At first glance, I thought the webtoon was about two spies who can’t be in a relationship because of work reasons, but when I actually started to read it, I saw that they’re both really in high school and they were having their hearts monitored. The art-style is nice and I feel like the darker colors used within this webtoon reflects the intended atmosphere rather well. I also thought of how scary it is having your life determined by a set amount of heartbeats and how you have to control your emotions in order to not have your heartbeat go too fast. Near the end of the third chapter, there’s a sign beside a person that says “treating citizens like worker ants OUT!! Guarantee that we have freedom of our bodies”—which, when you think about it, relates to our own societies where we’re restricted or controlled by what we eat, wear and say—especially in certain places such as work (this is just an observation/opinion of mine. I don’t mean this to get political, but since the webtoon takes place in a very controlling society, I couldn’t help myself.) 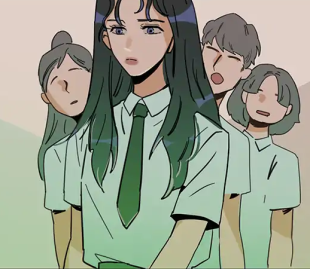 This is a bit short since there isn’t much to go on with the webtoon itself since it’s only 3 chapters long (despite a lot happening in those 3 chapters, but I still feel like it’s too soon to go fully into detail with what happens with the plot.) Anyways, thank you for reading. Until next time, keep your paws and bowls of ramen up, everyone! Nya! 🐾