The Chinese version of Meteor Garden –based on the story of the classic manga “Hana Yori Dango” (or one of the variants of the drama of Boys Over Flowers) – was released in July of this year and ended in August of this year on Netflix. It’s a classic story of a normal commoner being enrolled in an elite school with an aggressive and naive boy trying his best to make her fall in love with him. It’s what everyone was dying to see once more after the release of the popular Korean Drama 9 years ago. 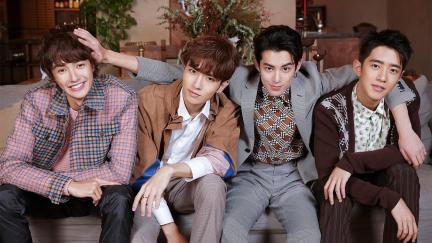 To be honest, I didn’t want to watch this version of the drama when it first came out. I was afraid that it was going to be exactly like the other versions of the drama prior to this one and I didn’t want to go through the same exact plot once more. It wasn’t until Thanksgiving that I finally decided to watch it. I regret not doing so earlier because it is absolutely amazing, it certainly did not disappoint. One of the positive aspects of this version is how modernized they made the story. All of its jokes, clothing style and atmosphere is made to be more with the decade that it’s made whereas the others were made from 2001-2009 where many of those jokes and styles would be frowned upon and the atmosphere was more solemn (if you see certain version such as the Korean version since the Japanese version went for a more humorous approach but still kept certain levels of seriousness) whereas this new version of the drama was more playful. They made an incredible balance with every character making you fall in love with them naturally instead of aesthetically like the ones prior to this one. It also was careful with the amount of frustration it gave to its audience which is a major plus in my eyes. Of course, it makes sure that the viewer loses interest in every episode by bringing up a new conflict with the main characters.

The downsides to this drama, really, is the last episode. The last episode was really confusing due to how random Dao Ming Zhuang’s dancing was which also gave off the feeling that everything was just a dream. It took me a while to understand that everything wasn’t a dream. However, that is my only complaint about this drama. I thought it was very well-made. So, with this, I give Meteor Garden (2018) four pairs of paws out of five 🐾🐾🐾🐾 due to how well made it was made and modernized.

I’ll see you guys in the next one.

Until then, keep your paws and bowls of ramen up, everyone! Nya! 🐾