I Fell in Love with My Sister’s Boyfriend is a yaoi, slice of life webtoon that was released in 2017. “When Qiu Zinan graduated from highschool three years ago, he went to the bar with friends. He disguised himself as a girl and met a man named Liu Ye on that evening. That night, Liu Ye and Qiu Zinan had a one night stand. Zinan has always been obsessed with him. He didn’t expect this man to be his sister’s boyfriend three years later” (summary from: Mangarock.) 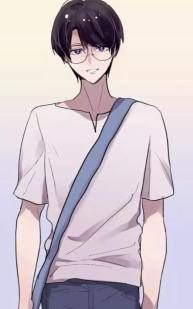 The first thing I noticed was the title—especially since it sounded like something a writer on Wattpad would write. The art style is beautifully adorable. So far, there are 19 available chapters… The last time it was updated was in December of 2018 (now that I am actually checking the dates of when each available chapter was posted.) I also think I’m finding yaoi webtoons/mangas about the main character falling for a celebrity a bit too easily nowadays. 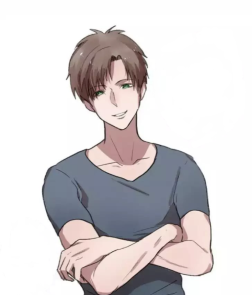 I’m also getting really annoyed with Zinan’s sister since it’s noticeable that she knows something, and is actually plotting something against her own brother and her supposed “boyfriend,” but the time that it’s revealed that she knew her brother’s secret, is the last released chapter of the webtoon. The story itself is okay, but it’s more like you’re waiting for something to go downhill rather than be anxious for their relationship to grow stronger (I’m not saying it’s a bad thing since it’s always an interesting way to keep the audience anxious.) I also think that it’s a bit creepy how Liu Ye somehow manages to be Zinan’s teacher and Zinan’s sister is suddenly changing jobs because of Liu Ye. It does make me a bit sad knowing there isn’t more because I wanted to see how the author would write this story to reach its full potential. 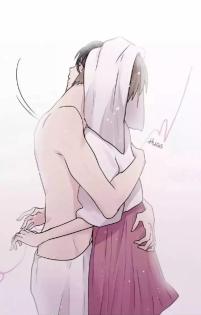 Despite being a first impression, I’ll give I Fell In Love With My Sister’s Boyfriend 2.5 paws out of 5 (which rounds up to 3 paws)🐾🐾🐾 because it makes you feel anger towards the characters rather than a connection (or desire for a relationship between them) and the fact that it hasn’t been updated for the past few months also takes off some points in my book. Well that’s it for today. I hope you all enjoyed it. Until next time, keep your paws and bowls of ramen up, everyone! Nya! 🐾