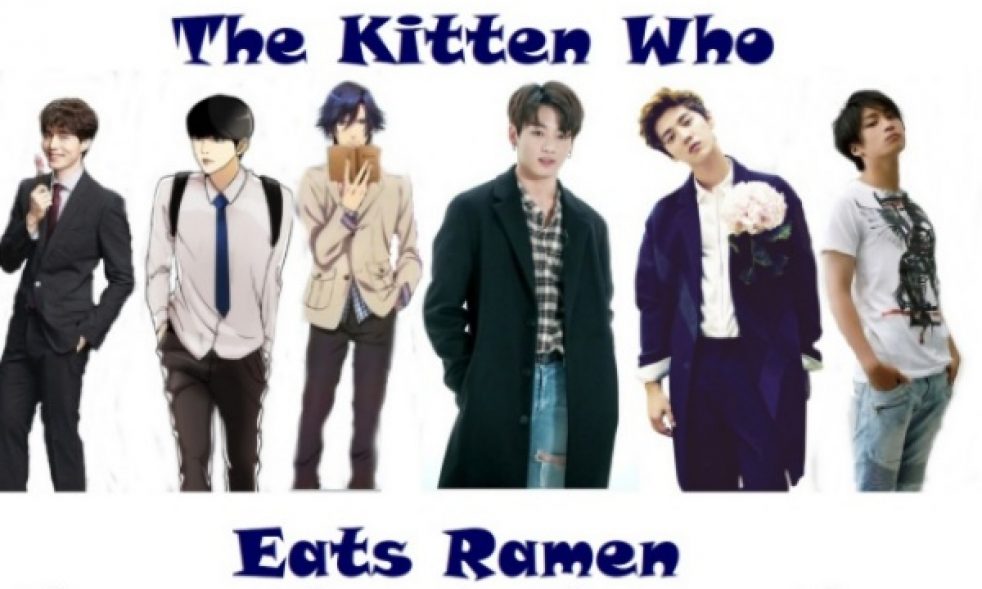 Synopsis: “Hinata wants to fulfill his lifelong dream of studying abroad in New York, but the moment he arrives, everything starts going downhill.

He is tricked out of his apartment, a stranger has stolen his identity and enrolled at university in his stead, and he is stranded without any idea of how to deal with this mess. But then a handsome stranger offers his help, and suddenly Hinata finds himself in a shared apartment with three hot guys. A rollercoaster of emotions begins, and Hinata soon discovers that his roommates are hiding more secrets than they let on” (From: Steam)

Story-wise, from what I have seen, is pretty straight forward. You’re an exchange student from Japan who has very rusty English speaking skills and somehow all of the love interests can communicate with you perfectly (I’m not sure if they somehow know Japanese as well seeing as this is all set within an English speaking country and I don’t remember if they explained that in the beginning or not). The overall art is really nice and I really love the CG’s that I have seen so far. They really make your heart race since they’re drawn so well and are very well timed.

The reason why this is a “first impression” is because I have only played through one route so far. The one I did was Brad’s route. He is described as: “He is an obvious street gang member on the outside, but on the inside he is actually a clown, sly, friendly and cares about his friends. He is part of the gang ’66’ and is highly trusted by his group. He also works as a middleman at a bar that secretly serves the needs of underground society” (From: Steam). I had a tough time (as I always do when I start a new otome) choosing the first man. I actually had to ask a few friends who to choose and he was the one. One thing I didn’t like was how forceful he was from the get go. I felt a bit uncomfortable at times while I was playing the game. His story is still pretty cute and I ended up squealing when I got one of his two happy endings.

The first thing I noticed as soon as I turned the game on was that they had very loud jazz music. It took me until I was finishing the only route that I have done so far to realize that the music was gospel. Why I didn’t realize it sooner since they literally say “Jesus” a lot of times in the song is beyond me, but I found it…odd that they chose to put gospel music in a BL otome that includes gang members and kidnapping. That and it makes it seem like the developers just downloaded any kind of song they could get their hands on and put it as the music for their finished product.

Another thing to note is how old the game mechanics seem to be—especially when it comes to the choices menu. It made it seem like it was a very old otome that you can play on your phone that was then moved into PC. I’m not saying that’s bad or anything, I just find it a bit off putting to say the least—especially when this game was released last year. You’d think that maybe the developers would make the choices format seem a bit nicer instead of doing one that seems really old.

With that being said, I give My Dangerous Life an INITIAL rating of 3 paws out of 5 🐾🐾🐾. The game, from what I’ve seen, does have its ups and downs. Some were very off putting and I simply have no idea why some details are the way they are. What really saved it was the art and the plot that I have seen so far. Will I continue playing it? Most likely since it does have a good story and I am excited to know what the other two characters’ stories are like. That will be it for today. Thank you all for reading. I really hope you enjoyed it. Until next time, keep your paws and bowls of ramen up, everyone! Nya! 🐾